Thermal baths in Budapest: all you need to know 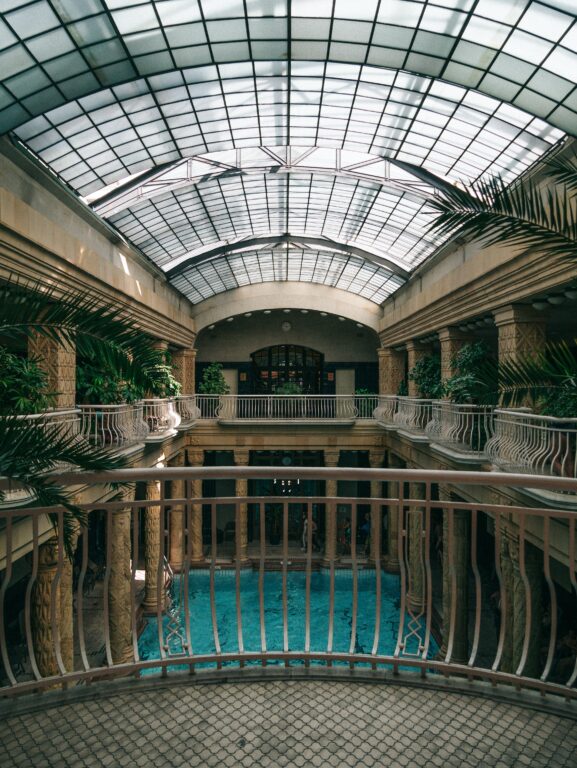 If you think thermal baths sound historical and interesting you’re correct. Massive bodies of water will always be fascinating, but with some special features, they become extraordinary! That is the case with thermal baths.

Thermal water is a type of water containing metals and minerals found underground. It can only reach the earth’s surface through thermal springs. Thermal water can assume any temperature depending on the surroundings and the chemical composition is always affected by the environment.

If you haven’t heard, back in the day people used to go crazy talking about the thermal water’s healing properties. They used it for healing the skin, rheumatism, musculoskeletal issues, and even respiratory issues as far back as 15 centuries ago. Hungary’s capital, Budapest is home to a whole lot of these special baths ranging from the Szechenyi, Gellert Baths, Lukacs Baths, Kiraly Baths, and many others.

Szechenyi Bath is the largest thermal bath pool in the city and one of the oldest as it was built between 1909 and 1913. Szechenyi features lap pools, whirlpools, and the main pool where you can relax and enjoy the environment. Szechenyi even offers night parties known as “parties.”

Gellert baths is another vibrant and old thermal pool that was built in 1918 with amazing architecture, luxurious spa treatments, and mineral-filled water from Gallery hills. In fact, in the 1600 and 1700, there were lots of reports that it healed people.

Lukacs Baths offer you a very warm satisfying bath heated naturally by the oldest hot springs in Hungary frequented very much by locals. Foreigners who have ventured there have testified of its healing powers and ability to soothe even the most tired traveler.

Kiraly Baths is one of the oldest thermal baths in Budapest featuring four indoor pools and a wooden outdoor hot tub during the summer months. The old builders built it away from its hot spring so that in case of trouble, bathing could go on uninterrupted.

If you’re looking for an adventure and a little bit of relaxation, Budapest’s thermal baths are your best bet.